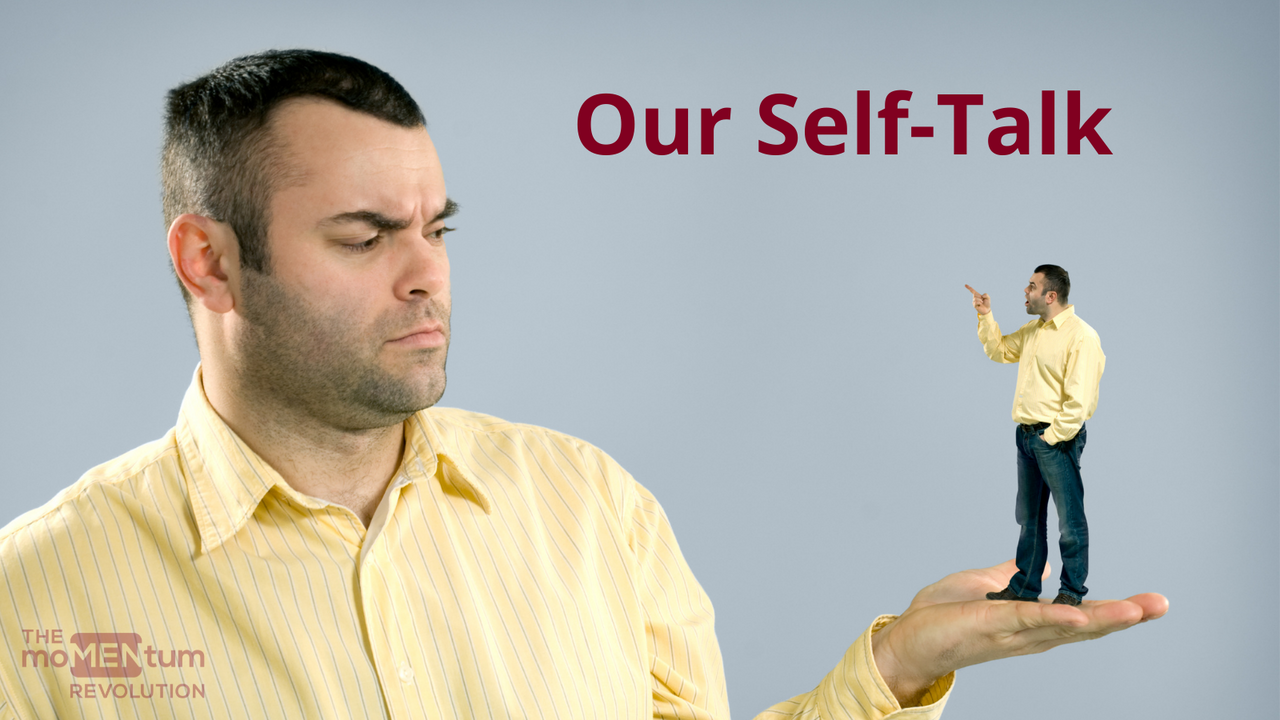 Negative self-talk - we all do it. Every single one of us. It can be a real problem because it can take control of our lives in a very negative way. That’s what happened to me, it took control of my life for many years and I believed everything I said to myself…and it was all negative shit.

We can be really tough on ourselves. Our Self-talk is probably harsher than what other people can say to us. We wouldn't let our friends or our worst enemy speak to us as we speak to ourselves.

Self-talk, that self-criticism can be really destructive. And by slamming our characteristics, our behaviour, our perceived shortcomings, (and I mean perceived shortcomings because a lot of times it's just in our head and it's not true), the feelings that where we're not good enough, that we're not living up to expectations and that we've not achieved what we expect ourselves to do…is just a recipe for disaster.

Doing this can send us into this tailspin of low self-worth, lacking in self-belief. All it does is reinforce what we can't do, instead of what we can do.

Our self-criticism can be directed and affect all different aspects of our life, including relationships, health, work, intelligence, looks, and the list goes on.

Here are some examples that people you may say to themselves (including me):

What makes all this worse, is that we don't just say that sort of thing once or twice here and there, we can say these things over and over and over again, day in, day out.

And all it does is reinforce negative beliefs, that often aren't really true. They are just the belief system we tell ourselves because we've picked some negative, false beliefs, often from others along our journey.

I will go back to emotions, as there's almost always emotions that are attached behind this sort of talk. The emotions can be fear, shame, guilt and embarrassment.

This behaviour can cause some lingering effects on our life, including:

This will not only increase our stress levels, it may alter our perceptions about what we can and can't do. Because if we have a negative attitude, then re-enforce it with negative talk, if becomes a self-fulfilling prophecy.

This will send people into downward tailspin, a negative cycle just reinforcing the negative.

It can also limit our thinking. The more we tell ourselves that we can't do something, the more we believe it.

And the BIGGEST and probably the most important and most obvious thing about negative self-talk is that IT IS NOT POSITIVE. Research has shown that having positive self-talk is a great predictor of success.

So what we need to do is CUT OUT this self-talk. And this will be hard because often it has become a habit. That is how it was for me for 30 years, probably longer. And it was a hard habit to break. I’m still working on it every day.

Here are some different strategies that you can use. These are just a few, but there are different ones out there. Just find what works for you.

STOP
When you hear yourself talk in a negative way shout out “STOP”. You don’t have to shout it out loud, but at least shout it in your head.

Then replace the negative words with something that's positive. For example:

“I am working hard and improving every day.”

“I hit some obstacles along the way, but now I creating a great life for myself.”

Find your words for you!

You can give the negative voice in your head a name, that way you are disassociating it from yourself. It’s not you saying it, it is him/her. Here are a couple of examples. “Nigel the Negative” or “Dorothy the Downer”. They are like little characters in your head. Make them funny, like they are playing games with you.

All the negative talk is THEIR negative talk. All their negative thoughts are theirs.  So, when something negative is said, “I’m not good enough”, you can then go, “Ah, that’s just Nigel playing games with me again. That’s just bullshit and he is just trying to be negative again. Shut up, Nigel.”

Then replace it with the opposite…the positive.

SLAPSTICK
This is like an old black and white movie, going really fast. Also include high pitched, very fast voices to back it up. When a negative word or thought is said, “STOP”. Then replay it again but like the movie in fast forward with the funny voices.

Replay it in your head over and over and you shouldn’t be able to take it seriously. It takes the seriousness out of the comments or thoughts. Then replace it with positive thoughts and words. “I am good enough.” “I am successful.”

FRIEND/CHILD
When you hear the negative, “STOP”, then respond to yourself as if you were speaking to a friend or a child. Would you speak to them with love and compassion, support and thoughtfulness, caring and gratitude, or would you berate them and be negative?

Of course, it would be the first one. So speak to yourself as you would a friend or a child.

If negative self-talk causes a downward spiral, causing us to believe our own bullshit, then the positive talk will do the opposite. It will reinforce the positive and cause an upwards spiral.

If we do this every day, every single day, then that negative spiral turns into a positive one. We will start to believe the positive things we say about ourselves, and we lose all that negative bullshit.

This is simple, but it’s not easy. It takes time and practice. You owe it to yourself so you can create an even better life than you are already living.

Download our FREE 30-minute information session for the
7 steps to improving your life!

We hate SPAM. We will never sell your information, for any reason. 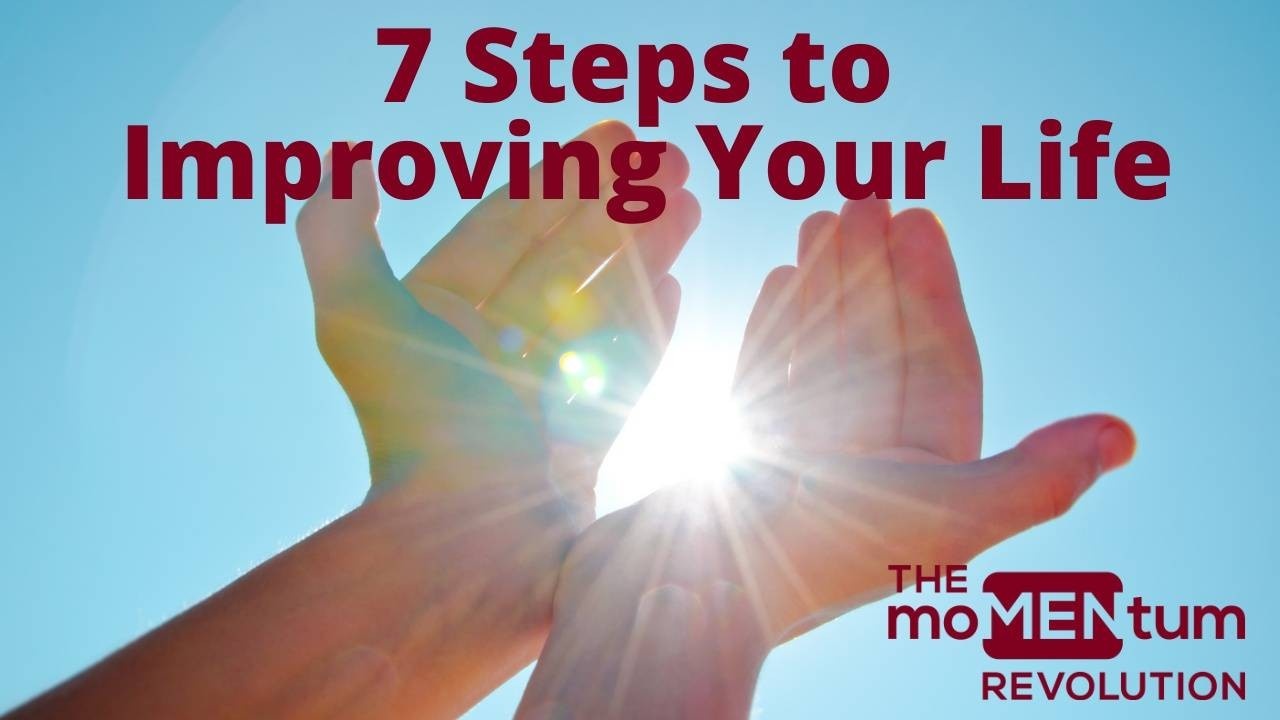 Get the 7 Steps to Improving Your Life for FREE!

Register today before this once in a lifetime opportunity expires.